Hurricanes are a major natural hazard and a real threat to certain populations and territories. In this paper we present the principles and results of an open source software that allows to simulate damage based on statistics from Hurricane Irma (2017) and to simulate different waste collection scenarios. After the analysis of the waste collection on the island of Saint Martin after Irma, we reproduced the collection process in two stages, then we enriched the method to apply it to larger territories, containing more treatment and storage sites such as Guadeloupe or Martinique. The proposed method makes it possible to estimate collection times and the distance traveled according to the severity of the event, the number and location of temporary storage areas and treatment and storage sites, but also according to the means (in trucks) and the organization of waste collection in collection basins. The software can be used before any event, in anticipation, to optimize the means of collection or just after an event from the moment damaged areas or buildings are identified by remote sensing, which is more and more often the case. It should be noted that one of the challenges is not only to reduce collection time, but if possible to set up sorting, at least for electrical and electronic equipment, to transform waste into resources in a context of resource re-use and transport reduction. Surveys and simulation experiments also reveal that the waste loading-unloading time is very important, which could guide the choice of equipment at community level to speed up the return to normal.


Confinement of the population in case of toxic cloud: from the doctrine to its application in urban areas

This paper studies the doctrine of population containment’s in case of an industrial accident with toxic effects in France. The accident in Bhopal (India, 1984) led to one of the worst industrial disasters in history, with nearly 4000 victims in only a few hours following the explosion of a chemical plant and the release of a deadly gas into the atmosphere. Many countries are exposed to industrial accidents, and the occurrence of a catastrophic event is sometimes followed by changes in regulations and measures at the national or even international level: reinforcement of hazard studies and safety measures on the part of industrialists, warning measures and integration of vulnerability on the part of territorial management of issues. However, the low occurrence of major industrial accidents on a national scale and the low probability of their recurrence in the same territory (unlike natural hazards) are potentially a brake on these developments. The weakness of the resources and capacities of the populations to protect themselves from an industrial accident and its toxic effects are an illustration. The objective of this paper is to present how toxic effects are defined around industrial plants classified as Seveso in France, and its consequences on land use planning, on containment standards and on information to the population. From a case study, the industrial accident in the metropolis of Rouen Normandie on September 26, 2019, we show how people living in the 500-meter containment zone around the site behaved and study which local devices could be put in place to make the containment instruction applicable to the whole territory. 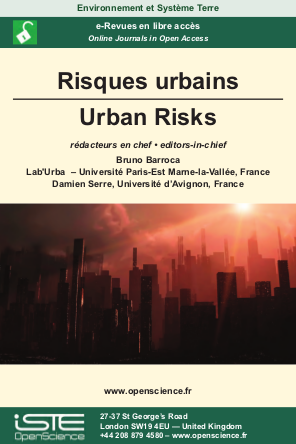