EDITORIAL. Resilience and Landscape: The Use of Resilience Theory in Landscape Archaeology and Archaeogeography

The concept of resilience, initially used in physics, psychology and ecology, has been used in archaeology since the 1990s. Following the Canadian ecologist Crawford Holling, researchers of the European program Archaeomedes, for example, chose to use the term resilience instead of stability. Indeed, they argued that the notion of change in the dynamics of systems is more integral to resilience (Van der Leeuw, 1998 ; Van der Leeuw & Aschan-Leygonie, 2001). Thus, resilience is not only the ability of a system to maintain its structure in the face of disturbance, but it is also “a property that allows a system to absorb and utilize (or even benefit from) change.” (Holling, 1978 : 11). In archaeology, resilience places human-environmental interactions within an evolutionary framework.


Applying the Concept of Panarchy in Archaeogeography: the Example of the Resilience of Routes over the Longue Durée

This paper discusses the application of the resilience conceptual framework, proposed in ecological resilience, to the study of major route systems, described as resilient systems. Major routes in the north of France are studied at the macro-, meso-, and micro-scales. The analysis shows that a large part of the current French network originated in Antiquity. Nevertheless, no one specific road is resilient throught time. Rather, the itineraries are made of several paths and roads that may coexist, substitute one another, or are abandoned but then re-used. Three levels, corresponding to different rhythms of change, interact and account for the routes’ resilience. The itinerary represents the macro-scale: broad and slow level (up until 2,000 years), while at the micro-scale, the structure of paths and roads undergoes numerous and frequent changes (less than 25 years). On the meso-scale, the path and road patterns present non-linear temporalities and appear as a key level for routes’ resilience with possibilities of hiatuses, reuses, etc. The complex dynamic of routes can match the concepts of adaptive cycle and panarchy proposed by C. S. Holling and collaborators.


Stability of Urban Forms and Resilience of a System: The Case of Pre-Modern Parisian Street Network

In this paper, my aim is to show how edifying it can be to adhere to the concept of resilience proffered by C. S. Holling in order to better understand the complexity in which urban environments evolve. To do so, I study here the example of the Parisian street network during the Medieval and Early Modern periods. I show to what extent this network as well as the type of shops along certain streets remained stable over the long term, while also demonstrating that changes were indeed very frequent when one considers the buildings themselves. This apparent paradox can be explained by complex interactions that resilience can help to explore. I show in the third part of this paper that identifying the system of resiliency that produces stability in the Parisian street network leads to an understanding of the socio-economic mechanisms behind the observations made at different levels.


Resilience: The importance of the long term

The concept of resilience, first introduced in 1973, has become a major conceptual tool in the environmental sciences, and more recently in the study of socio-environmental systems. In archaeology, however, it has not yet found as wide a use. This paper introduces and explains the concept, emphasizes its relationship to the Complex Systems paradigm and presents an example of its application to transformations observed in the field. Its most useful application in archaeology is the study of the long term (centuries or millennia) where the dynamics are slow but persistent. In such cases, it enables a relational and dynamic description of history and the emergence of novelty.

Climate and climate change can be impenetrable statistical concepts and the sometimes hegemonic scientific narratives around them can make them seem the purview of specialists, while at the same time create an epistemic, geographic and temporal distance between the individual and possible future consequences. However, the climate has already changed and communities throughout the world have most closely experienced it through weather. Weather is the medium through which the statistical reality of climate is felt immediately, is re-socialised, given cultural meanings and functions, and through which long-term environmental knowledge is gathered. Communities build social institutions through which they make long-term weather and climate manageable. Moreover, these experiences are part of identity, local histories and landscapes, key themes that effective climate discussions need to include. Archaeology, with its broad audiences and histories of resilience, has the potential to be an effective tool in climate change messaging. Its focus on local narratives and the material outcomes of human experiences goes beyond the economic discussions surrounding climate change, making it a social issue. In this paper we discuss why weather needs to become more prominent in archaeological narratives and discuss the ways weather can be directly or indirectly included in archaeological analyses and interpretations. Although climate research has been prominent in archaeology, an explicit focus on weather has been almost completely absent. By highlighting weather-centred materialities and practices in the past on the East Africa coast at Kilwa Kisiwani, we show how experiences of weather shape daily life, the built environment and social networks and how it makes the consequences of climate change much more tangible. Archaeologies of weather offer the chance to make archaeology a key partner in projects addressing community values around climate and environment through tangible and relatable components. 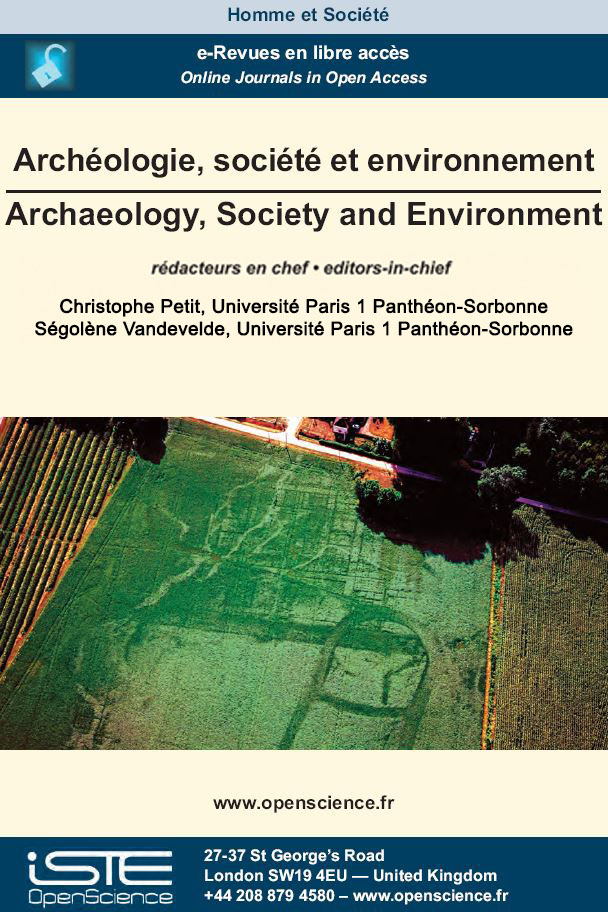