The classification of cobotic systems is hard as there exist numerous criteria to describe human robot collaboration. After state of the art and definition of the main terms, we propose to study the flow of information among the cobot, in its broadest sense, the human, the environment and the interface in order to characterize the different types of collaboration. The description with a scheme of interaction seems particularly appropriate. Ten examples are considered and discussed. Several schemes present discriminant features that allow the qualification and naming of the cobotic systems. It is thus possible to identify the symbiotic system, with a constant information exchange and an efficient work sharing, the augmented human, the sous-traitance, the assistance to effort and the intelligent assistance.

Hybridization is a technique that consists in interconnecting a network of biological neurons and a network of artificial neurons. It is used in neuroscience research and for therapeutic purposes. The long-term goal is to replace damaged neural networks by these artificial systems. These require the development of models of neurons whose electrical activity is similar to the activity of living biological networks. This correspondence allows to produce an adequate stimulation in order to restore the desired neural function. In this paper, digital artificial neural network with a configurable architecture has been designed. This network of artificial neurons emulates the activity of CPGs (Central Pattern Generator), at the origin of the locomotion. This activity triggers a series of stimulations on an injured spinal cord and thus recreates the previously locomotion. These results are a first step toward hybrid artificial/biological solutions based on electrical micro-stimulation for the restoration of lost function in the injured CNS (like locomotion).

Millions of people around the world are affected by neurological disorders that impair good communication between the brain and the body. The development of neuroprostheses will have a social impact on the quality of life of patients. These neuroprostheses are designed on the basis of neuronal cell interactions, starting from the spontaneous intrinsic activities of neural networks until the stimulation of the neural networks in order to obtain a specific behavior. The long-term objective of replacing damaged neuron networks by artificial systems requires the development of neuron models whose activity is similar to the biological electrophysiological activity of living biological networks: the biomimetic Spiking Neural Networks (SNN). On account of their parallel and distributed structures, spiking neuronal networks can simulate neuronal activities, potentially realizing an extremely large-scale network comparable to that of the human brain in future. This study explores the feasibility of simulation stochastic neurons in digital systems (FPGA), which realizes an implementation of a simple two-dimensional neuron model. The stochasticity is added by a source of current noise mimicking biological synaptic noise in the silicon neuron. The experimental results confirmed the validity of the developed stochastic FPGA implementation, which makes the implementation of the silicon neuron more biologically plausible. 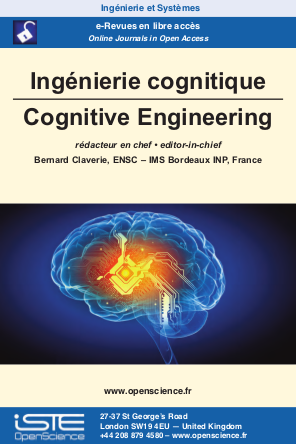