The distinctiveness of Rosmarinus officinalis L from Corsica and Sardinia is known since a long time and the essential oil (EO) isolated from flowering tops is known as “Rosemary EO, verbenone chemotype”. Verbenone is accompanied by ∝-pinene and bornyl acetate. The aim of this review is to compile the various compositions reported in the literature, all of these containing the three representative components but in concentrations which substantially varied from sample to sample (collective oil samples from industrial sources or laboratory made individual samples). Finally, oil samples containing verbenone and/or bornyl acetate, isolated from plants growing in other countries than Corsica and Sardinia are briefly reported.


Chemodiversity or taxonomy error? A search for the true phytochemical profile of Ferula arrigonii Bocchieri

The guaianolide 11,13-dehydrogrilactone (2) was previously described as alleged chemotaxonomic marker of the Sardo-Corsican endemic species Ferula arrigonii Bocchieri. In the present work, the presence of this component could not be confirmed in various extracts obtained from plants harvested in Sardinia and Corsica island as well as in its vegetal material from reference herbarium species. All studied samples of F. arrigonii showed a homogenous phytochemical profile characterized by sesquiterpene coumarin ethers. These results suggest that the previous investigations have probably been carried out on plant material corresponding to an atypical niche chemotype or, alternatively, that they resulted from an erroneous identification.


Anti-protozoal activity of essential oils and their constituents against Leishmania, Plasmodium and Trypanosoma

Because there is no or only low efficient vaccine available for protozoan diseases and current treatments have serious drawbacks in terms of safety, resistance, cost and administration pathway, the search for new active compounds against Leishmania, Plasmodium and Trypanosoma is crucial. In this review, we focus on papers related to anti-protozoal activity of essential oils and their components and published from 2013 until April 2017. We show here that among the 157 essential oils and 51 pure compounds analyzed, some can be considered as potential anti-parasitic agents showing selective in vitro but also in vivo activities with sometimes a proposal of their target and/or mode of action. 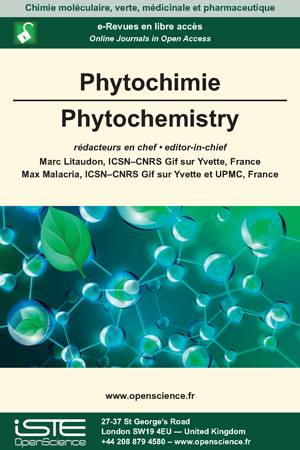